Once of the great things about model railways are that they allow us to think beyond the layout and imagine our layouts connected to a much larger railway system. This is especially important if there is a very limited space for a layout.

Roger, a friend of mine from the New South Wales south coast area, has an N scale layout he built of the Kiama railway station and surrounds. His layout has been featured in this blog before, but recently there was an excursion train at Kiama, hauled by a 44 class. Like many layout owner, when a special event takes place on his layout Roger gets the camera out and takes some photos of the event.

Its probably on a hot summers day, with day trippers from Sydney who have spent the day in Kiama on the beach, or visiting the blowholes, or trying to spot whales or dolphins off the headlands, or walking along the rock ledges or the waterfront…

Anyway, you get the general idea! So here are a few photos of the excursion train at Kiama in the 1970s. 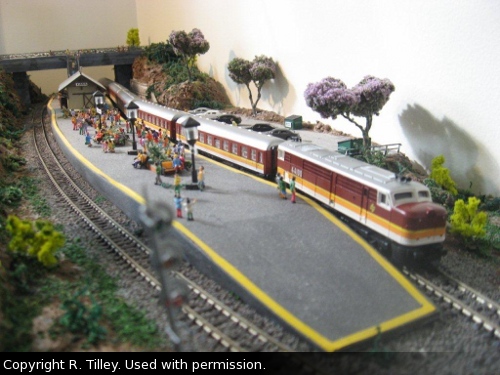 Above: Day trippers (lots of them) ready to board the train back to Sydney.
Below: The 44 class motive power idles, and a few people (no doubt the father is one of those train enthusiasts) take a look at the motive power. 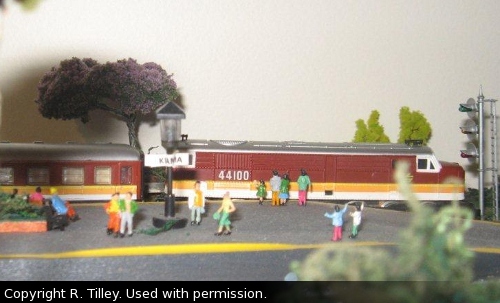 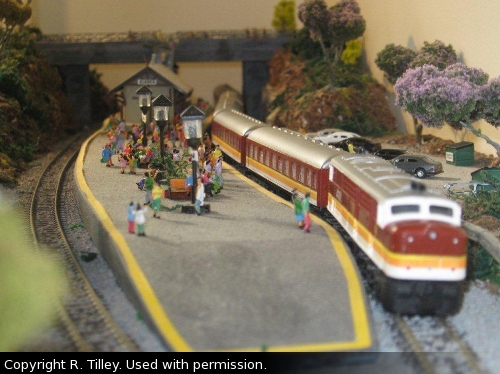 Above: A view of the train from on the embankment near the station.