The HO Scale Dolton Industry Park model railroad module had a number of industries of various types to switch to add operating interest.

Shipped and received almost anything. Mostly uses box cars.
This industry was located on the thoroughfare track and so needed to have cars delivered last, and picked up first. The time constraints of switching to and from this industry made it an interesting industry to service. 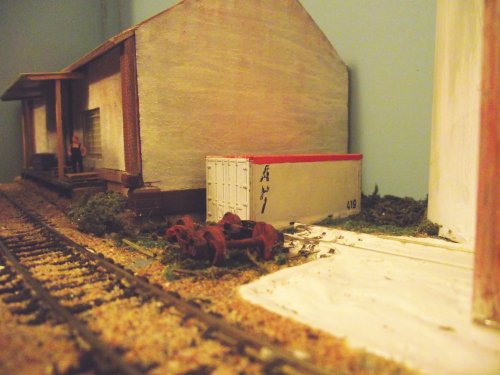 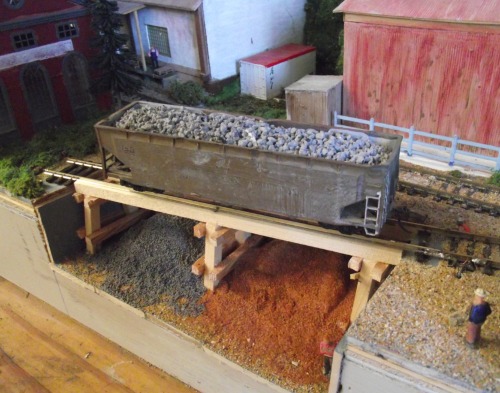 An electrical wholesaler that supplied and received a vast variety of electrical equipment. Once upon a time there was a spur next to the loading dock, but that spur had long since been removed. Loading and unloading was performed by a forklift between the car being loaded / unloaded and the loading dock in the building. 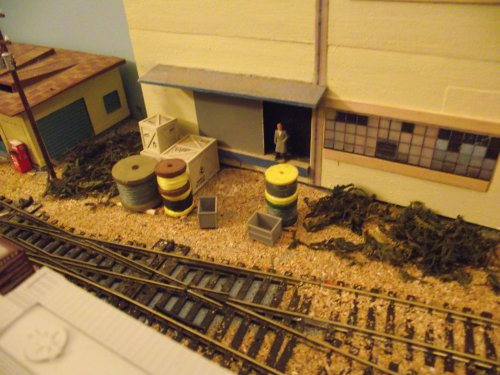 Received food ingredients in covered hoppers, tank cars, reefers and box cars. Sends refrigerated and frozen foods out in reefers.
This industry had 4 car spots over two spurs, making it the highest capacity industry on the layout. It had the freight platform (shown below) which was where reefers and box cars and loaded and unloaded and another (very) low relief building at the end of the spur next to the freight platform spur that was the bulk goods unloading building which is where covered hoppers and tank cars were unloaded. 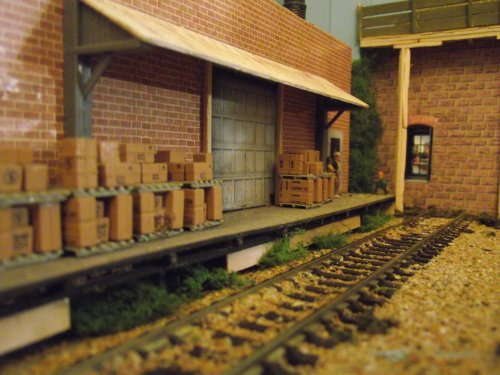 Sent and received anything in any type of car. Capacity 2 cars. This industry served a number of businesses in the park, including:

Locations that provide extra switching interest that were treated like industries, but were not really industries.

It received deisel fuel, and so was effectively treated as an industry as far as switching is concerned. It shared a spur with the Team Track.

This industry didn’t receive shipments very often. When it ded, it received spare parts for repairing and maintaining locos and rollingstock. This shared a spur with South Chicago Flour and Grains.