Over the Queens Birthday weekend in June, and with the excuse that my Dad was visiting with us, we did some exploring of various railway related sites. I had read in a tourist brochure that there was a trestle bridge in the Brocklesby area, and the weekend afforded an opportunity to try to find it.

It was looking a bit delapidated, but at least we could still explore around it a bit. One interesting thing about this bridge is the mixture of concrete and wooden supports. There were also some bridges of varying types on the other side of Brocklesby, so they can be explored another day.

I had heard that there was a railway to Holbrook, and the weekend gave us the opportunity to try to find the railway formation and facilities at Holbrook. For quite a way the formation follows the Culcairn Road, and the track could be clearly seen, although as with a number of other abandoned railway in the region there were trees growing between the rails! We did manage to find a trestle briudge a few kilometers out of town. 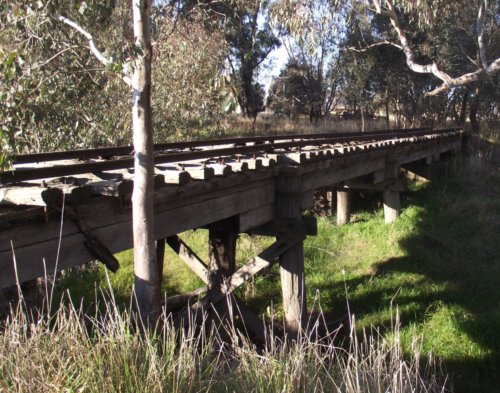 Above: Trestle bridge a few kilometers out of town.

This trestle bridge was in generally better condition than the one near Brocklesby, but the decking and rails were obviously not usable. And it was bit away from the road and involved trekking through some long-ish grass to get some reasonable shots of it. The facilities at Holbrook were a bit easier to find and photograph. 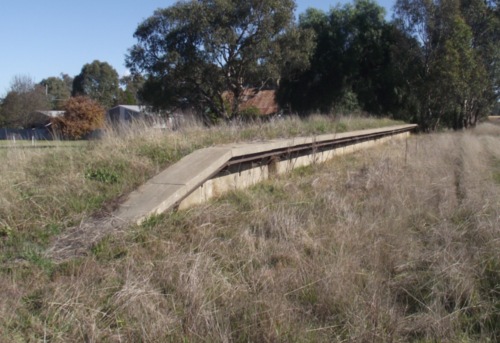 Above: the passenger platform.  Below: The old goods shed, now a “Mens Shed”. Near the goods shed, there was a quite large and very delapidated looking building. At first I thought it might have been a train shed, used to house a railmotor set, but upon further inspection that seemed very unlikely as there were no rails in it. Even still, the sidings did run outside close the northern wall of the building as the track formation could be easily seen. So the building seems to have been served by the railway, but what was it used for? 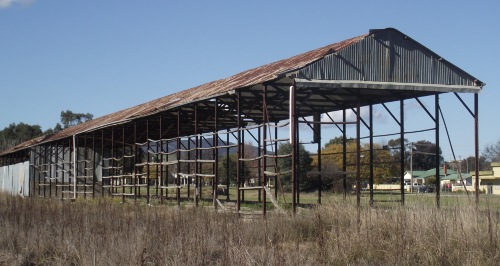 While in Holbrook we were able to take a ride on the Holbrook Miniature Railway, which is a 7 1/4 inch gauge railway which runs around a large park in Holbrook. I had seen the miniature railway before, when we drove through Holbrook on the Hume Highway, but this is the first time I had been able to actually visiti it. A video of the miniature railway I shot while there has been uploaded to YouTube for your viewing pleasure! It is located here: http://www.youtube.com/watch?v=UZRSQfLh59E .