Over the recent School Holidays (NSW!), Eliana (my youngest and most train-mad offspring) and I embarked on a train weekend. We started the holiday by catching a VLine Diesel Electric hauled train from Albury to Melbourne (Southern Cross) on Friday. We live in New South Wales, but Melbourne (in Victoria) is half the distance from Sydney, the capital city on New South Wales, and VLine trains are cheaper to travel on the Countrylink over the same track. Couple that with the fact that we have relatives and numerous acquaintances and friends in Melbourne make going there a bit of a no-brainer! On the VLine train we played I Spy, and engaged in conversation with the lady next to us and being somewhat amusing at times to the college student who was sitting across from us. He was particularly humoured by Elianas attempts at guessing and choosing I Spy objects, looking over his Laptop from time to time with a smile on his face. From Southern Cross, we then took a PTV suburban EMU train to Belgrave. Arriving not long before sunset, we had a beaut dinner with Mum and Dad, whose home we were staying at for the weekend. Above: NA steam loco and DH diesel locos at Lakeside.

On Saturday we spent the day at Church catching up with people that still attend the church I spent most of my growing up years at, and I spent a few hours in the afternoon walking through the Sherbrooke Forest, a bit like catching up with another old friend! 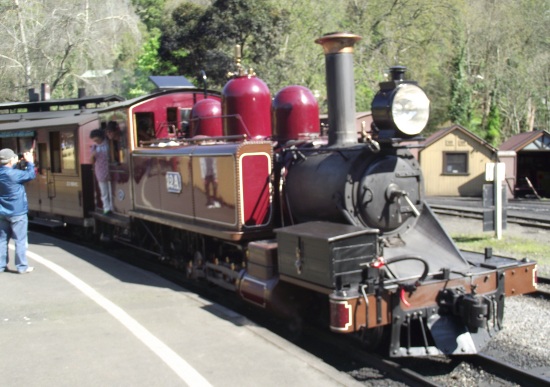 Above: NA at Belgrave station.

On Sunday we arrive at the Puffing Billy Belgrave station for a steam train ride through the hills of the Dandenong Ranges. I shot a number of photos on the trusty digital camera, and saw a few locos that I had never seen before. Of all the times that I have ridden on Puffing Billy over the years I think this was the first time I had been in trains that were double-headed (2 locomotives). On the journey to Lakeside the first stage between Belgrave and Menzies Creek was behind 2 NA class 2-6-2 steam locomotives – the mainstay of the railway, and some of them more than 100 years old. On the return trip from Lakeside to Belgrave the motive power was an NA and a Bo-Bo diesel hydraulic locomotive – the first time I had been on a Puffing Billy train that had a diesel as motive power. Above: Climax 1694, alive and well at Lakeside.

While at Lakeside we saw the Climax (number 1694), alive and well, and hauling a special train comprising of two carriages which seems to have been hired out by a family group for the day. While we were there it arrived from somewhere beyond Lakeside, and then before we caught out train back to Belgrade 1694 headed towards Gembrook. Above: NA and DH double-heading into Emerald near Nobelius Packing Shed. 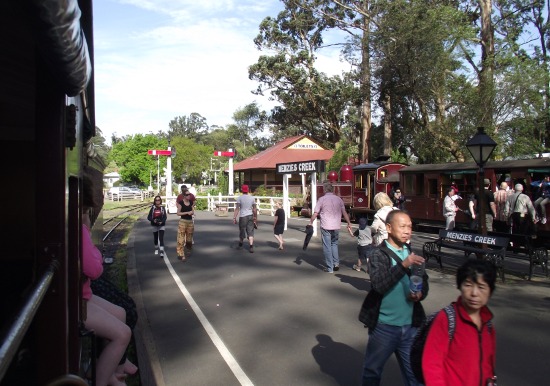 Above: Trains meeting at Menzies Creek

Around 4pm we arrived back at Mum and Dads. The next day we again got on a PTV EMU from Belgrave to Southern Cross. The EMU arrived about 45 minutes before the Melbourne to Albury train was due to depart. The Albury train left a little bit late, but the engineer seemed to make up the time pretty quickly, speeding through the suburbs of Melbourne at what seemed like maximum speed most of the time. The train trip between Southern Cross to Albury takes about 4 hours, and so Eliana and I became experts at I Spy! And Eliana even managed to get some of the other passengers involved in a game that lasted a number of hours. Beyond Wangaratta, though, she was starting to get that eyes glazed over look, and so I suggested she have a bit of a lay down and have a rest before we had to get off the train at Albury. We arrived at Albury pretty much on time and as we got off the train a lady, who was sitting across the isle from us commented how great it was to see a family enjoying talking on the train rather than being amused by electronic devices. I couldnt agree more! It was a great weekend, and Eliana was great company (she nearly always is) as Eliana has a bit of the gift of the gab, and was certainly not shy when it came to engaging in conversation with me and others sitting in our vicinity on the train! 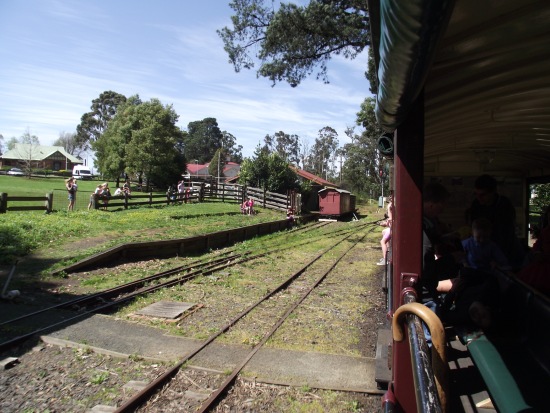 I have uploaded a number of photos of the Puffing Billy trip to the Photo Gallery located at :
/gallery.php?g2_itemId=1932 .
Look for the photo titles with 2014 in them! 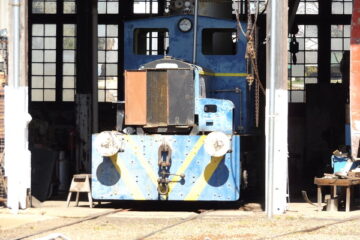